The Impostor’s Guide to Work and Suffering 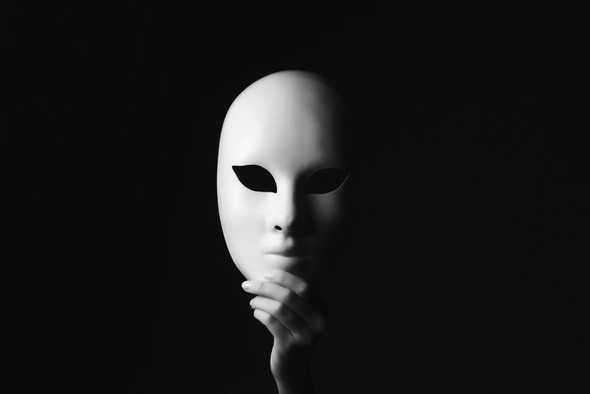 There’s an immense amount of suffering in the world. Real suffering plagues people across the planet with debilitating pain that pins them against the wall of life and evacuates the oxygen around them.

Growing up I was faced with a confusing character trait that I would only much later in life properly identify and diagnose as impostor syndrome. For those of you not familiar with impostor syndrome it’s a psychological pattern where the subject doesn’t recognize any past accomplishments or periods of growth and, as a result, is continuously anxious about being exposed as a “fraud”. Australian billionaire and founder of Atlassian, Mike Cannon-Brookes, sums it up well in his recent TED talk about impostor syndrome with:

“Have you ever felt out of your depth? Like a fraud? And just kind of guessed-slash-bullshitted your way through the situation — petrified that at any time someone was going to call you out?”

As a kid I was bad at a lot of things. A sampling of which were: sports and physical activities, playing instruments, being cool or memorizing facts and figures before the big exam. This was all fine and dandy because the things I really enjoyed and found myself decent at — writing, programming, business, and filmmaking — I put my focus and time into. But ultimately even the things I thought I was good at didn’t seem to sit quite well at the bottom of my stomach.

You feel like you don’t deserve to be happy

When high school came, I became deeply unconfident in my abilities. I saw my dreams and goals as objects looming far in the distance and felt like there was a slim chance I would ever get close to them because I was progressing so slowly. I felt like I was severely behind the curve. Naively, I employed the thinking that to get to where I wanted to go I had to work as hard as physically possible -sacrificing fun and happiness in order to come at out at the other end of the side of the suffering tunnel saying “Hey I worked hard — I deserve this, right?”

So there I was, working tirelessly on filmmaking, coding, reading, investing — really anything I could put lots and lots of work into while at the same time sacrificing hobbies I probably didn’t have to, retracting from relationships I probably could have afforded to spend more time on and giving up incredible happiness and joyful experiences that I could have taken the night off for with little consequence. All because I thought “I had to”. All because I thought that I didn’t really deserve to be happy yet.

In college, I co-founded Hack Arizona -a student-run organization that after only 3 years would end up being one of the largest hackathons in the United States. I oversaw Hack Arizona as it’s Lead Organizer as it grew from a crazy late night pipe dream to an organization serving over 1200+ attending students from all over the world and featuring 30+ sponsoring organizations that represented some of the biggest and best technology firms in the world — all meeting together at my university for a weekend of building incredible, imaginative tech projects.

During the opening night of the hackathon, I remember taking to the stage to deliver the welcome address to some 1200+ attendees who had traveled from near and far to attend Hack Arizona for the weekend. At that moment, it would seem obvious that I would feel proud of myself and recognize the incredible amount of work and time that went into pulling something like that off. But you know what? The moment I grabbed the mic and faced the sea of staring faces on the other side of the stage — I felt more like an impostor than I ever had before. As my eyes scanned across the rows of endearing faces gleaming from the stage spotlight I felt as though the second I opened my mouth the audience would “figure me out” — my cover blown, exposed as a fraud. I felt like a walking neon billboard advertising a Ponzi scheme or a contestant of a game show that inadvertently saw the answers when the host dropped his question cards before going live on air. I felt like someone that somehow found a shortcut, stole the golden egg and cheated his way to be standing where he is today.

I realized that night that you never quite get over feeling like an impostor and fighting it with guilt that fuels you to work only makes you feel more like an impostor. No matter how much work you subscribe to, suffering you self-impose or sacrifice you obsess over — none of it really makes a difference to feeling comfortable in your own skin.

Hard work is still an incredibly important part of in my life — but I don’t use it as a crutch anymore to feel better about some of my character flaws. I recognize that I can live a joyful and interesting life and get what I want. In fact, happiness and accomplishing goals are complements of each other.

You have a Choice

I truly believe that one of the scariest facts young adults can face is the fact that you, and you alone, can have everything you want in life — whatever that may mean to you. As a result, we put up these artificial barriers, we make excuses and we let things like impostor syndrome dictate our lives because we are scared of our lives really being in our control. Tomorrow you could quit your job and backpack across whatever continent you’re living on. You could buy that plane ticket to see that friend you have been meaning to see or start that business you have talked about for years. You can accomplish things without having to make up this story of suffering and overcoming adversity — you can just do it and be happy about it. Because no one really gives a shit about your sacrifice other than you. You will suffer on deaf ears and other people will succeed in conjunction with being healthy and happy. You can tell yourself that the world owes you something just because you suffered but the world doesn’t owe you anything.