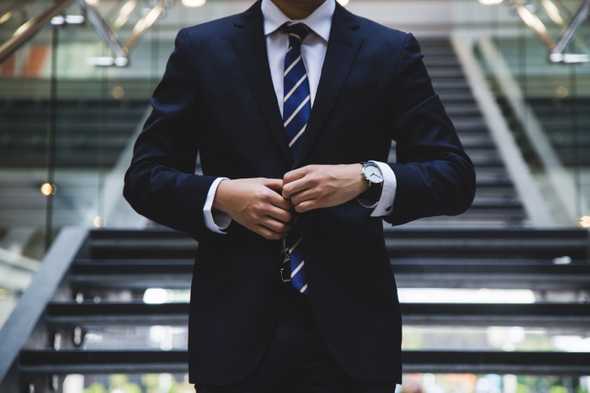 Be confident. It’s one of the most tried and true maxims we are all told at some point in our lives and it’s probably one of the least effective.

Imagine you’re walking up to the microphone to say your first few words despite terrible stage fright or maybe you’re walking through the door to an anxious first date with someone you think is way out of your league -and then I come up to you and whisper in your ear: “Hey, remember to be confident.”

I don’t blame you if you feel the urge to punch me.

When people tell you to “be confident”, they’re actually trying to convince you to emulate characteristics that make you appear more confident. That usually looks something like making more direct eye contact, not fidgeting and projecting your voice. These are great skills to learn in order to get someone started but the problem with this advice is that most people are pretty smart socially. It’s not uncommon for someone who seems confident at the beginning of an interaction to slowly let that confidence fade way by how they act later in on in the interaction.

You shouldn’t have to flip confidence on and off like a light switch in moments of dire need. You should be confident because it’s part of who you are and because having confidence is the first prerequisite for your job. Now, your job could mean a traditional 9–5 but it could also encapsulate your role in your family, your partnership with your significant other, your passion projects, your membership in your community and so much more.

Years ago, when I was interviewing with some of the brightest minds in Silicon Valley, I experienced what many of us naturally face — bouts of insecurity, doubt, anxiety — a lack of confidence. I feared appearing cocky or arrogant in these interviews and as a result, I spent less time on confidence boosting thinking and I overcompensated with rigorous technical preparation. Surely my confidence won’t be misconstrued for cockiness if I study my brains out, right? This strategy failed miserably. I wasn’t myself — the collaborative, assertive go-getter that my peers and friends know me as. I was a nervous interviewee trying to let the facts and knowledge I was spewing speak for themselves. I stunted my ability to think on my feet by letting my nervousness get the best of me. My interviewers, one after another, caught onto the nervous undercurrents and rejection emails filled my inbox.

I see this event play out time and time again now that I’m on the other side interviewing candidates. The candidate could say enough right to be convincing but their nervousness or lack of confidence gets the best of them and they don’t come across well in the interview. A lack of preparation is part of their poor interview performance but it also has to do with the energy they walk into the room with and whether or not they have the confidence to climb out of a tough interview challenge. Oftentimes, the challenge wins.

One night, while telling a mentor of mine about my recent interview experiences, he told me the following advice: “Everyone thinks about confidence all wrong. It’s there all the time but only goes away when we are in danger. Just keep it there and don’t let it go away. Go in there and act as though you’ve been hired for the day to solve a problem for the business. You’re not an interviewee — you’re the talent they need. It’s your job to be confident. It’s not optional. You’re a consultant for the day”.

The advice I got that night changed my life. And after sharing that same advice with many of my friends and colleagues I have seen their lives change too.

Shortly after, if almost by magic, job offers were rolling in. I felt whatever anxiety I had in interviews melt away. I was even finding myself feeling more grounded and alive in my daily life.

The world needs you to be confident. In our complex, rapidly evolving society with a scary and uncertain future, people with confidence are the ones that hold back the chaos of life from tearing us apart. You aren’t doing anyone any favors by not strengthening your confidence muscle and putting your best foot forward.

Now granted, it’s normal to feel moments of anxiety and fear. That’s fine. But just like it’s not ok to let procrastination get the best of you over the long term, neither it is ok to let the confidence boogie man rob you of your confidence points for the day. I want you to shake off the lack of confidence and resume your original mindset of the professional.

Because whatever you may be or want to be: a student, an artist, a programmer, a stay at home parent, an entrepreneur, a doctor, a writer or an astronaut — it’s time to get confident. Not because I told you to but because it’s your job and you’re the fucking professional that can make it happen.

←I had Dinner with Death